Please note: No information will be collected here. Your order will  be processed entirely on Paypal’s secure site. If you pick up your order from me locally, I will refund the shipping charges.

Orders from Ohio addresses will be charged sales tax.

Upon request, the author will sign the books sold through this site. If you would like him to sign the book(s) please indicate that in the Special Instructions at checkout.

Get the exciting  Falcon Trilogy (Falcon Down, Falcon Rising, Falcon Strike) for $35.43, a savings of $9.22 (if purchased separately).

NOTE: This set does not include Pacific Threat.

Get the complete Falcon Series (Falcon Down, Falcon Rising, Falcon Strike, and Pacific Threat) for $44.76, a savings of $16.78 (if purchased separately).

Get all three books of the Outlander Chronicles (Phoenix, Pegasus, and Icarus) for $36.95, a savings of $11.70 (if purchased separately) 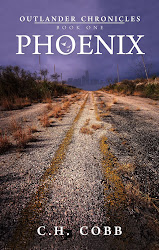 (Book 1 of the Outlander Chronicles)

Eighty years after a smallpox pandemic decimated the global population, Jacen Chester finds himself the sole survivor of his tiny community, just outside the ruins of Philadelphia. Out of the ashes of the old civilization he determines to build a new one.

The young man encounters Hakim, a wanderer with a mysterious past, who begins to teach him the arts of leadership, self-defense, and the history of the recent global disaster. Together they gather a small group of people committed to Jacen’s vision of the future.

The endeavor is threatened from within by Jacen and Hakim’s own sharp disagreements, and from without by ruthless groups having a decidedly different view of the future. The two men must grapple with philosophical differences regarding violence and religious tolerance in a world where the margin of survival doesn’t permit mistakes. When catastrophe strikes the growing community, Jacen’s leadership is put to the test.

See what readers have said. 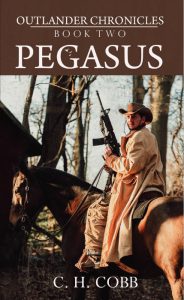 (Book 2 of the Outlander Chronicles)

The Phoenix community has finally crossed the Mississippi River, but now is racing the calendar to settle into winter quarters before the fierce Iowa winter strikes. The Anarch threat is thought to have been eliminated by the westward travel. It’s an assumption that proves unfounded.

Phoenix receives a mixed bag of new additions, personalities whose past histories and current problems create new challenges for the group. Internal conflict spurred by disaster threatens to unravel the fellowship. The Phoenix community must survive another eight hundred miles of dangerous travel—and each other—if they are to reach their Colorado destination.

Whereas Book One focused on the coming of age of Jacen Chester, Book Two showcases Jacen’s growing leadership skills as he guides the Phoenix community through the difficulties of extreme weather, arduous travel, and unanticipated setbacks.

(Book 3 of the Outlander Chronicles)

They survived the journey, but can they survive what’s next? 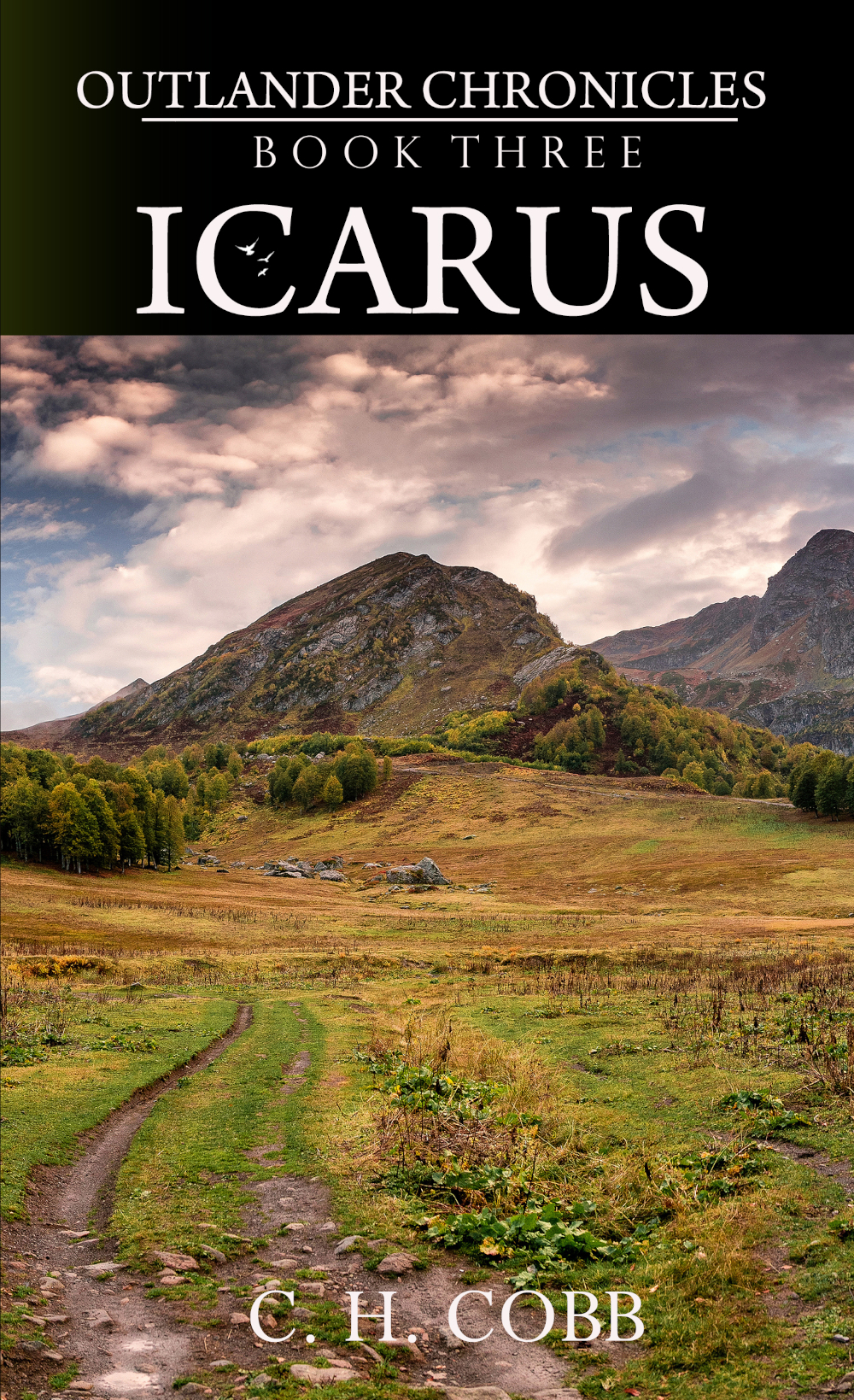 Jacen Chester and the people of Phoenix have risked everything on the dream of building a new world. They survived a journey of 1800 miles and overcame many brutal challenges along the way. Now they are ready to call this last encampment home.

But contrary to their expectations, arriving at their destination does not eliminate hardship. New dangers and new obstacles await that threaten to unravel the entire project. When pressed to the limit, can the dream of Phoenix survive the harsh realities of life in a broken world? Can Jacen himself pass the greatest test of leadership?

In Book 3 of the Outlander Chronicles, author C. H. Cobb brings to a conclusion the epic physical and spiritual journey of Jacen Chester and the people of Phoenix, as they strive to flourish in a world where survival itself is doubtful. 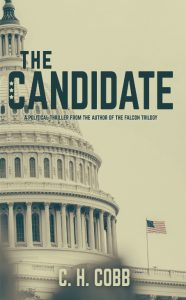 It became a political firestorm.

It was never Henry Marshall’s intention to be a presidential candidate. He was a blogger, a plain-spoken conservative pundit critiquing the system from the outside, not a politician. Until the unthinkable happens and Marshall finds himself recruited as an independent in a competitive three-way race for the White House. When he begins receiving big endorsements and rising in the polls the carefully maintained status quo of Washington, D.C. is threatened.

And there are some who are not going to let that happen . . . 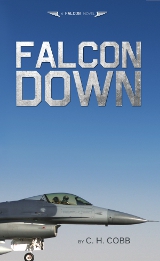 Sometimes what you don’t know really can hurt you.

While flying unarmed over international waters, Major Jacob “Falcon” Kelly’s F-16 is downed by a Soviet missile. Captured after ejecting from his aircraft, Kelly is incarcerated in a secret interrogation center in Siberia, where he discovers the most daring and ruthless program of international espionage in the history of the Cold War.

He faces torture, interrogation and certain death—unless he can escape. Escape seems impossible, but the Soviets’ dossier on Kelly is missing two vital facts . . .

Major Jacob “Falcon” Kelly is a man without a country.
The Russians want to kill him. The Americans think he’s a traitor. 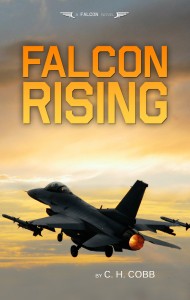 Recently escaped from the USSR, Kelly possesses vital information about the location of kidnapped NATO weapons experts who disappeared under mysterious circumstances.
With the real traitor stalking him from within the ranks of the American military, Jake doesn’t know whom to trust or where to turn. Caught between Soviet assassins and American counter-intelligence operatives, Jake must stay free—and alive—long enough to expose the most sophisticated espionage program in history.

Time is running out!

Vanished. Eight western scientists and an Israeli military officer have disappeared without a trace, victims of a ruthless Soviet espionage program. USAF Major Jacob “Falcon” Kelly is the only American who knows where they are and why they’ve been taken. 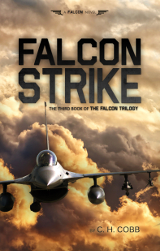 Imprisoned. Suspected of treason by American intelligence, Kelly’s claims are dismissed and he is jailed by his own government. He finds himself in a deadly race to prove his innocence before Soviet assassins can shut his mouth—permanently.

Outwitted.  Entangled in a high-stakes game of intrigue with Soviet military intelligence, American operatives are duped by a masterful disinformation campaign in which Kelly is a pawn. As his captors play right into the hands of the enemy, Kelly knows the window to stage a daring rescue operation and thwart the Soviet endgame is rapidly closing.

The exciting conclusion to the Falcon Series, Falcon Strike will captivate readers as nonstop action and intrigue transport them on a thrilling adventure spanning the frozen coasts of Alaska, the suburbs of northern Virginia, and the snowy taiga of Siberia.

The stakes could not be higher: a misstep will trigger World War 3!

“Perhaps I’d best put all my cards on the table, as you say in your country. The submarine commanders of the Soviet Pacific Fleet have been instructed to aggressively engage your navy in the Pacific. They are under strict orders not to fire first, but they are to do everything possible to provoke your ships and submarines into firing . . . ” 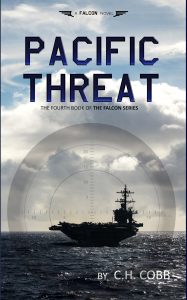 When KGB director Anatoly Geredin shocks Bill Jensen (DDO, CIA) with potentially explosive intelligence, Jensen must determine whether the information is accurate or whether the US is the target of a Soviet disinformation campaign. Seeking independent confirmation, Jensen needs boots on the ground to penetrate the Soviet Pacific Fleet headquarters. He knows of only one man who can do the job: Major Jacob Kelly.

Kelly spent the last two years escaping from an illegal detention in the Soviet Union. Now the CIA wants him to go back . . .

A Prayer of Moses

The Church has rendered God safe. 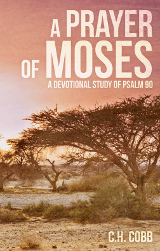 His wrath is a matter relegated to days of antiquity. It seems rare that we connect the brevity and frailty of this existence with His overflowing anger at sin. Unfortunately, having dispensed with His wrath we’ve also diminished His holiness and His majesty, and made the cross less necessary. This study invites the reader to take a second look at God and His wrath—and His Christ—through the eyes of Moses. Suitable for individuals or groups.

If you live in the Greenville area you are welcome to pick up your order to save on shipping. Choose the “Pickup” method of shipment, and give us your phone number or email address in the special instructions box at checkout. We’ll contact you to set up a time for you to come by.